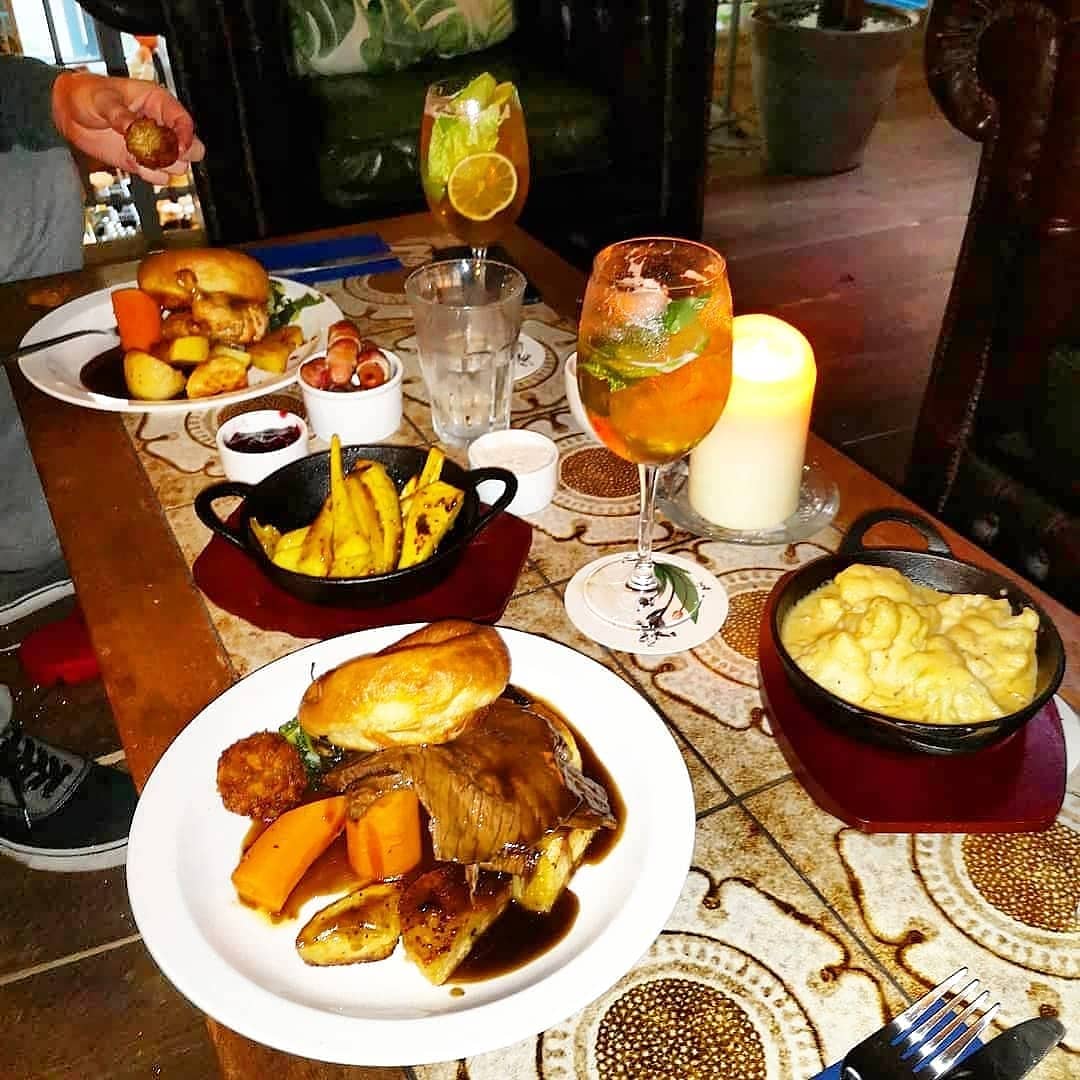 Sunday’s are synonymous with a roast, aren’t they? A plate pilled with all of your favourite weekend tit-bits – cauli cheese, roasties and lashings of gravy. Oh, there’s nothing better to round off the weekend, is there?

In recent month’s I’ve finally mastered the home-made roast, but it doesn’t beat going out for a full Sunday lunch; especially if the place is dog-friendly too, which is a huge bonus in my house-hold.

Enter, Dockleaf. Part of the Cains Brewery Village, Dockleaf can be found opposite the Baltic Market, but it offers a more chilled-out vibe with comfy chairs to park yourself to devour the menu. Darren, Molly & I went along last weekend to fill our boots and indulge in a final meat-heavy roast before we started ‘our journey’ to becoming full-time pescatarian…

A new addition to the menu, every Sunday you can head along to Dockleaf to fully initiate yourself into the elusive Roast Club. What an epic club to be part of, ey?

With a choice of three roasts on the menu;

We opted for a chicken roast for him, and a beef roast for me. Moll was on hand with a fresh bowl of water to keep her hydrated, snoozing under the table and kept her eyes peeled for scraps…

Each roast dinner is served with the mandatory veg we all expect – roasties, carrots, steamed cabbage, Yorkshire Pudding and gravy.

When taking a first-look at the menu, once we’d selected our meats, here’s where it got interesting… The menu also has a selection of sides you can add to share with your party or devour alone… (No judgement around here…)

So. Are you ready? They included –

There’s no polite way to say this… we went in. The parsnips were delicious, the cauli cheese had the richest, gooiest cheese sauce and well, pigs in blankets in October is a treat we all need in our lives.

So good. So full. No regrets. 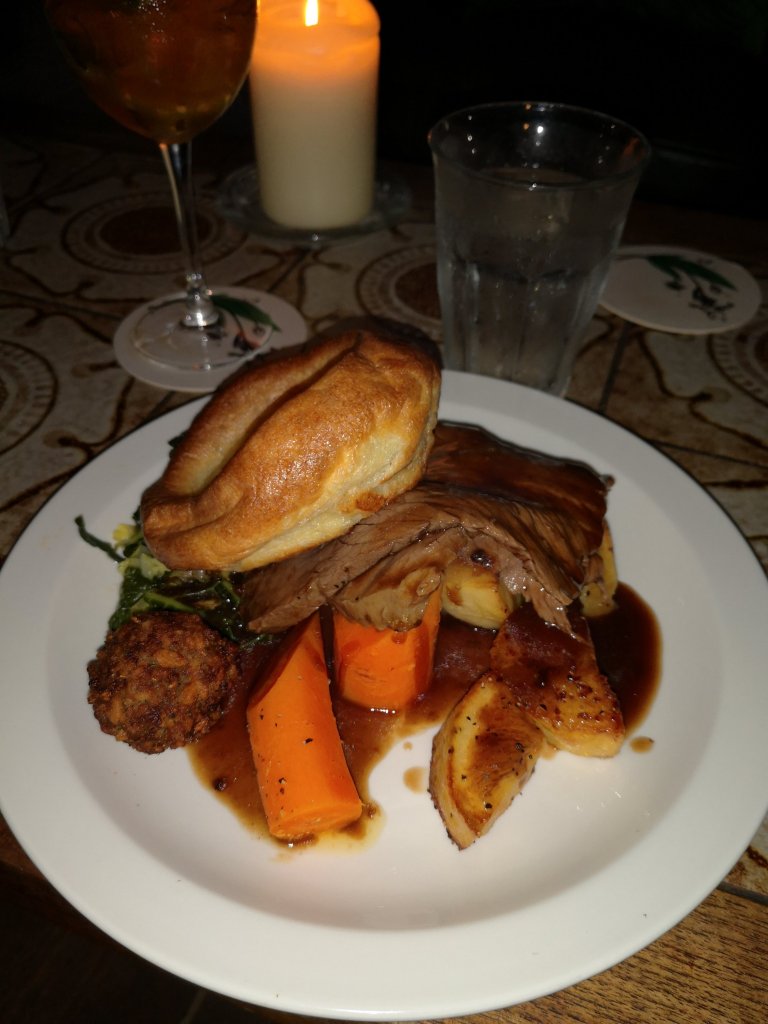 Obvs. The menu also have space for two desserts. I mean, why wouldn’t you want to round-off your roast with something sweet?

The Sticky Toffee was more cake-like than pudding and surprisingly, it was cold, which we didn’t expect but so sticky and moreish.

However, we both agreed that I won the desserts round with my Jam Sponge Pudding. Light, fluffy and loads of fresh fruit on top – any Bake Off contestant would be proud of that one.

The new Sunday Roast Club menu also brings with it a selection of Sunday special drinks – ideal if you’re nursing a hangover or fancy a tipple to round off your weekend.

With a choice of bloody mary’s or mimosa’s, we opted for a peach beer shandy. V refreshing and hit the spot perfectly!

All in all, it was great to experience a different venue in the Cains Village, aside from the much-loved Baltic Market and I love anywhere that’s dog-friendly (and openly so) as it meant we could take Molly along and that’s always a plus in my book.

We will defo be heading back at some point for sure!

*This was a review in exchange for a complimentary meal from Dockleaf. However, all the roast dinner love is yours truly – with Darren’s input too 🙂

AD ~ invite 📍@thedarkkitchenandbar | If you're vegan and in the market for a decent burger in South Liverpool, The Dark Kitchen on Allerton Road should be your new bestie! Home to a menu filled with plant based burger goodness and sushi to boot, it's a match made in heaven ❤
📍@lovebrowniesbakery