Since moving to South Liverpool we’ve enjoyed exploring the many different areas on our doorstep – Wooton Village is just a stones throw away, Otterspool prom is perfect for dog walks and Aigburth Road is home to Space Coffe, our new breakfast haunt and further up you’ll find Just Wings… 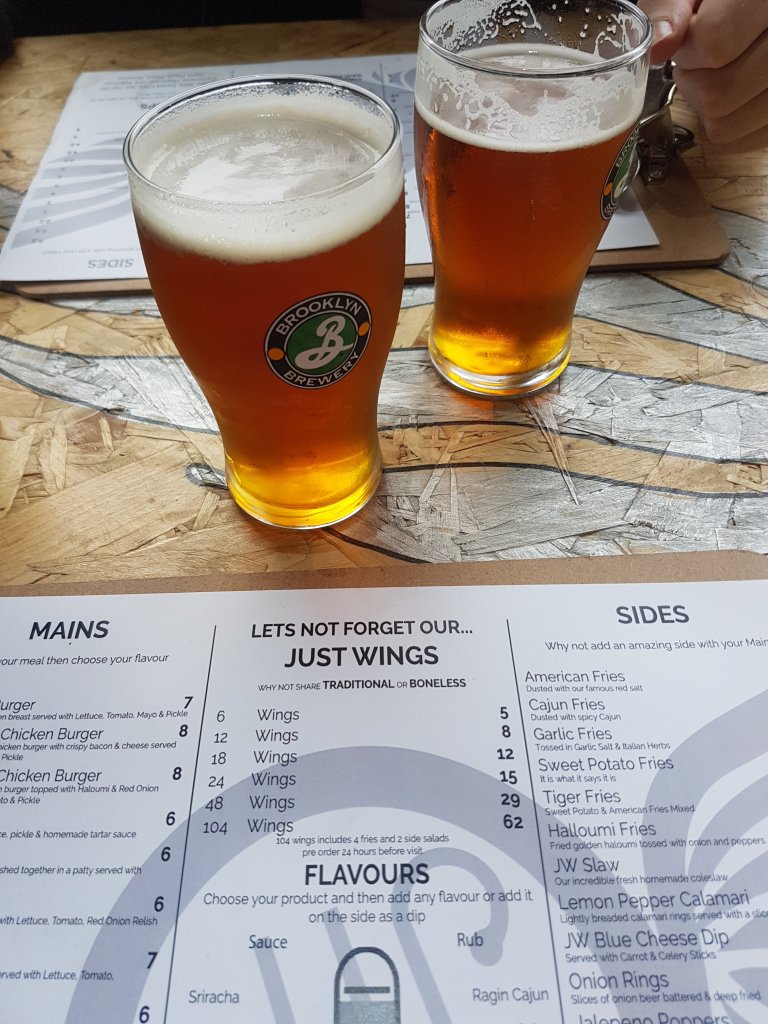 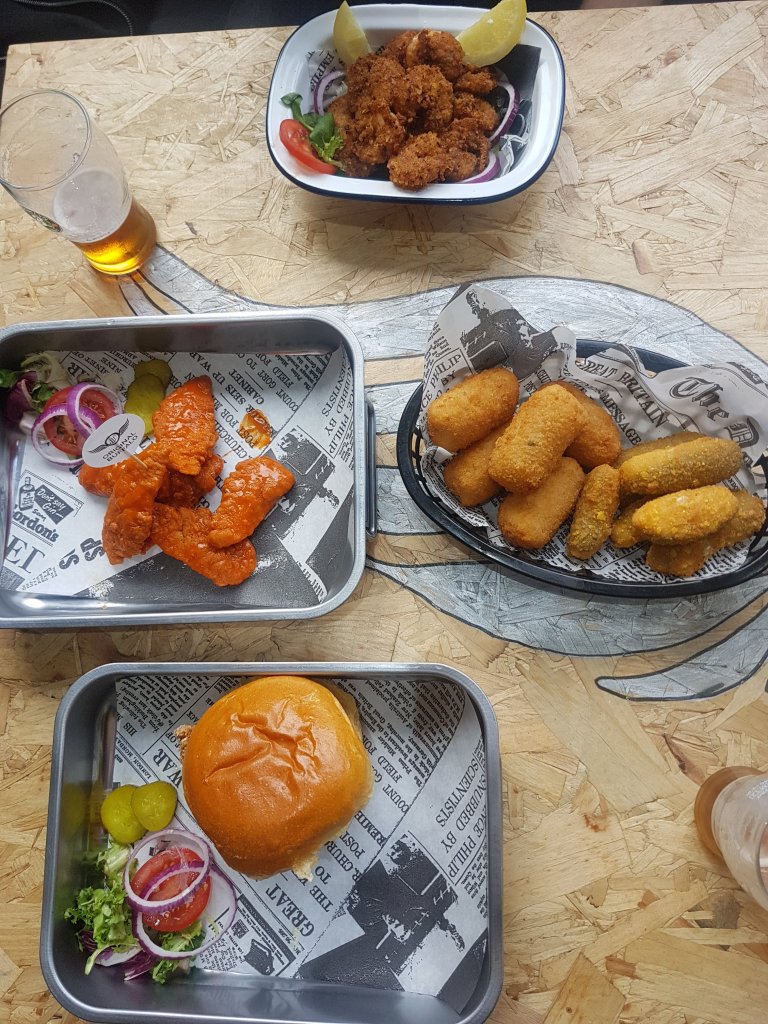 As the name suggests, this place specialises in all things Chicken. Burgers, wings and a boat load of sides – all available in 12 different rubs or sauces for both the weaklings amongst us (hi!) and those who love to indulge in mouth-watering spicy food every now and again.

We popped along on a Saturday evening before heading to LIMF in Sefton Park. Handily located, towards the top of Aigburth Road, it’s easy to get too by either bus or train. We rocked up with rumbling bellies and with a few menu recommendations in our arsenal, we got to grips with the menu.

The menu may be small, but it’s certainly might. Just WingsJust Wings is part of a Merseyside chain or takeaways and the Aigburth branch is the first restaurant. Spoilt for choice and with super low prices, we opted for a bit of everything. Nothing new there then… 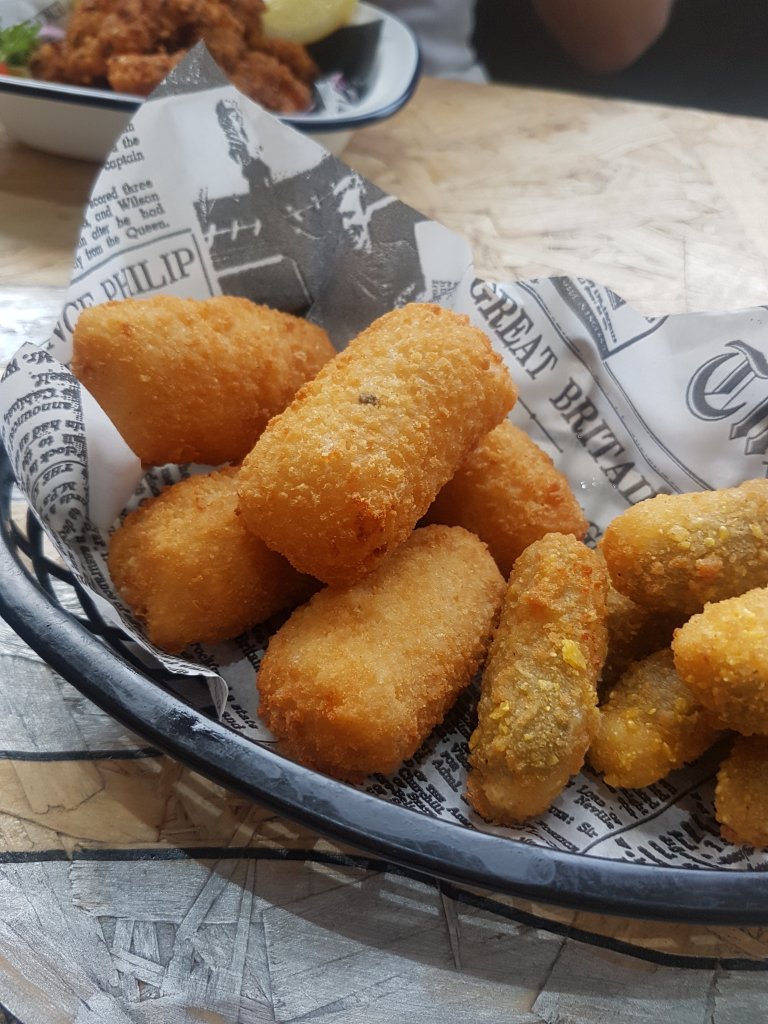 Darren’s the one out the pair of us who loves spice. He’s very much a ‘the hotter, the better’ kinda guy. Where I’m a wimp. To put it into perspective, I don’t order a curry hotter than a Tikka Masala…

Going all in, we ordered the following –

Every last mouthful was polished off. The attention to detail with the indiviudal flavours was great and you can tell the team at Just Wings have really thought about the menu and enjoy food themselves.

All dishes that are marinated in either a sauce or a rub are made in-house, as are the majority of the dips and sides. It sounds daft to be so impressed by a blue cheese dip and coleslaw but those are two sides that need to be super creamy and moreish – and the guys at Just Wings have cracked it. 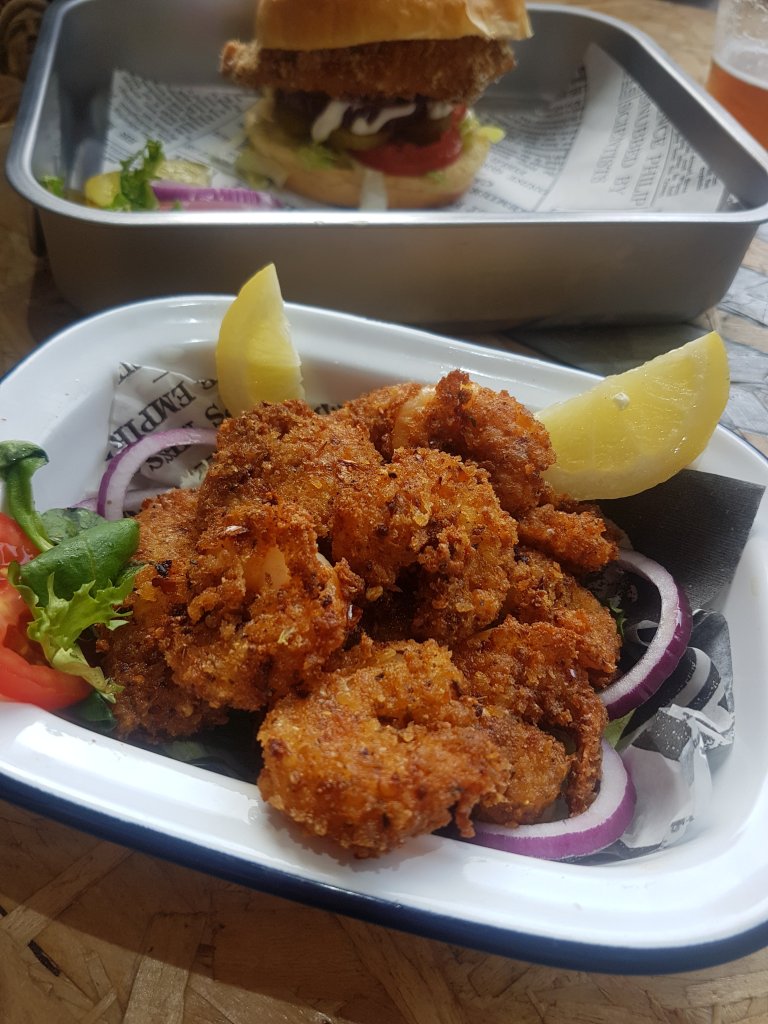 The Aigburth restaurant also has a pool table, which we took great advantage of whilst waiting for our food.

Another nice touch is they are affiliated with Brooklyn Brewery so they have their own IPA in-house, which was slightly fruity and went down too well whilst waiting for a feats and a few different Brewdog beers on tap. The perfect accompaniment to a basket of wings! 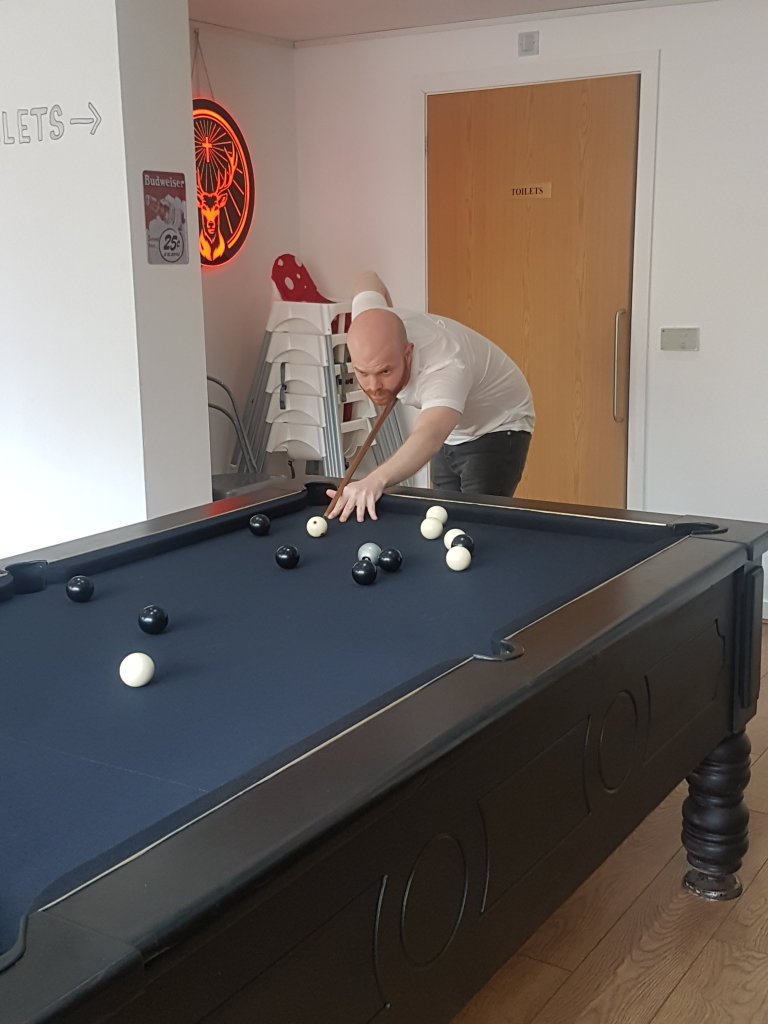 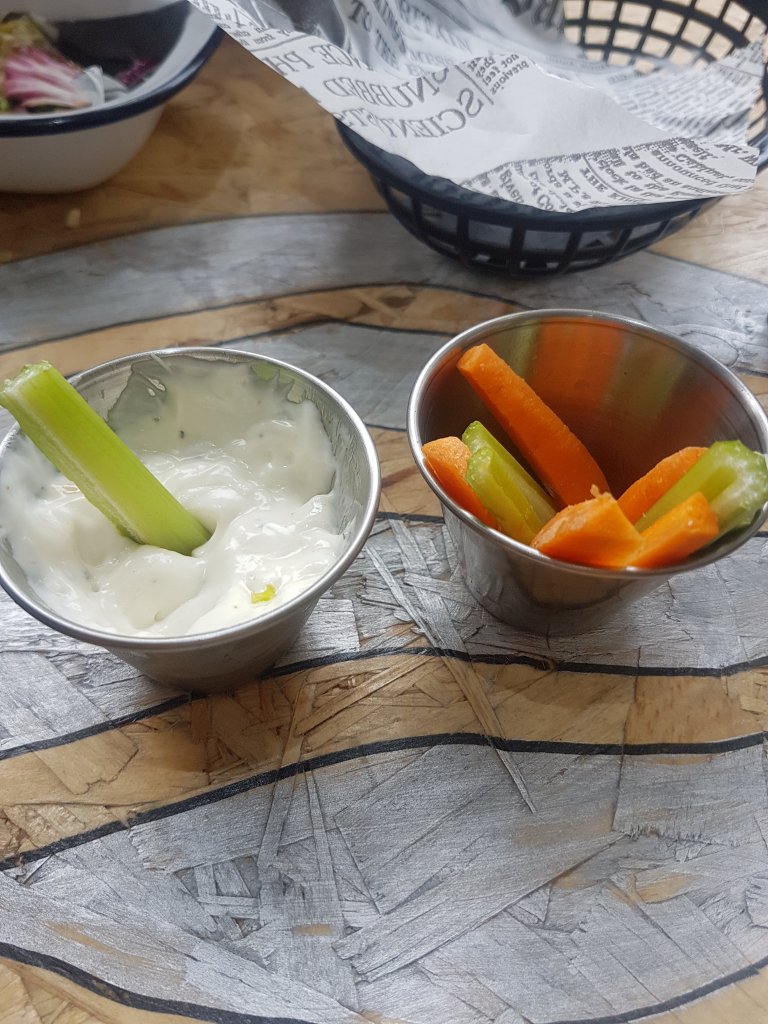 So, I also spotted Oreo Cheesecake on the menu. It would have been rude not too, right?

I don’t think either of us have seen a denser slab of cheesecake. With both cream and ice cream on the side…wow.

I would seriously recommend Just Wings if you’re heading over to Lark Lane for drinks and want fuss-free food as low prices. Every dish came in well under a tenner and the restaurant has a relaxed vibe too, which is always welcoming.

Oh and they’re on Just Eat too. With the option of ordering 48 wings on the menu, it’s a no-brainer and one that might be dangerous after a few drinks…. 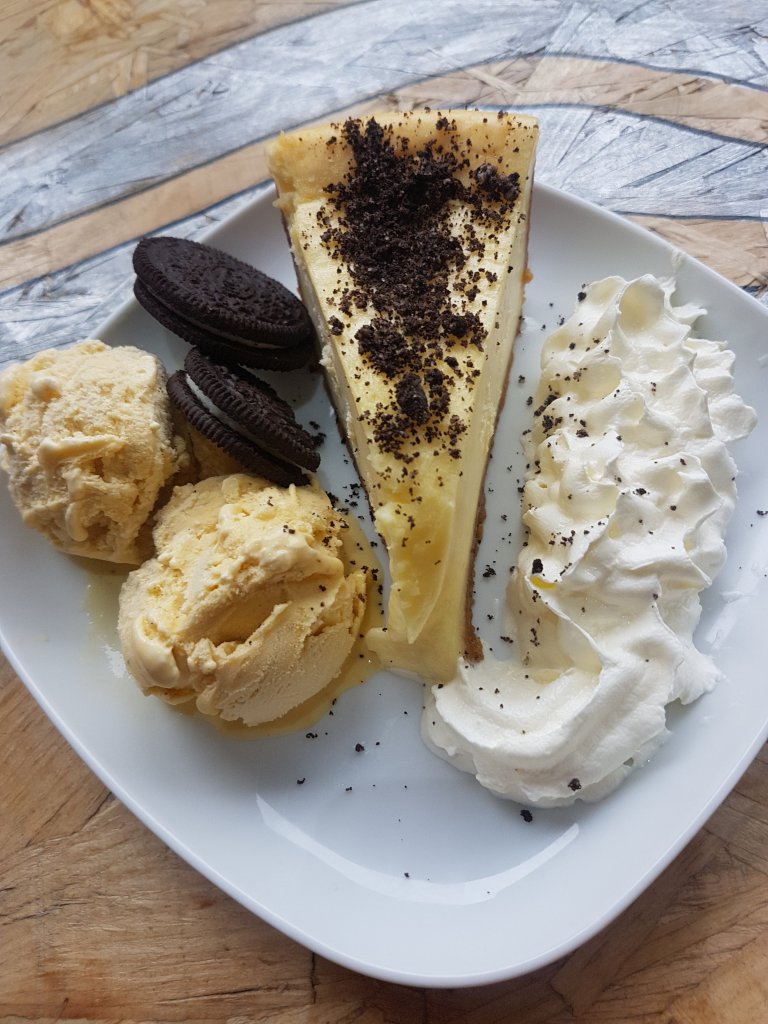 *We were invited along to review the Just Wings menu for a complimentary meal. However, all my opinions in the post are true and I can’t wait to return! Thanks to Gary & the team for a lovely evening 🙂

AD ~ invite 📍@thedarkkitchenandbar | If you're vegan and in the market for a decent burger in South Liverpool, The Dark Kitchen on Allerton Road should be your new bestie! Home to a menu filled with plant based burger goodness and sushi to boot, it's a match made in heaven ❤
📍@lovebrowniesbakery